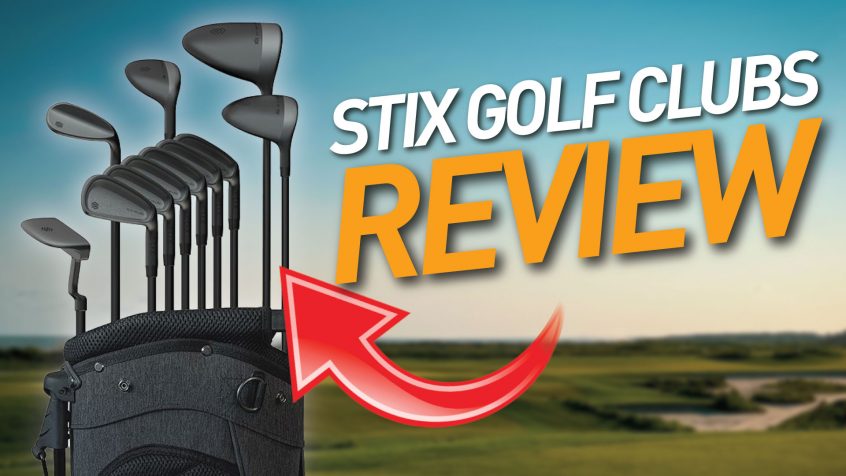 This week I set out to answer the question, “are Stix Golf clubs good?” While I’ve tried other package sets in the past, with mixed results, the Stix Golf 14 piece package set looked like a winner from first glance. I got mine from PlayBetter.com and took them on course for a full review which you can watch below.

Stix Golf clubs certainly have the cool factor with their matte black finish from the driver all the way to the putter. Even the shafts, head covers and bag that comes with the set retains the charcoal black motif which in person is really stunning.

While you can get your Stix golf clubs in various setups, my set came with a driver, 3 wood, 4 wood, 5 hybrid, 5 iron thru pitching wedge, 52º, 56º and 60º wedges and very nice looking putter. I think this setup is pretty classic and definitely covers the bases that most golfers need. Slightly stronger lofts on the wedges would be my only change, maybe going to a 50-54-58 combination to be a bit more beginner friendly – but that’s really pulling hairs.

In terms of build quality, the irons look great with a slight offset to them. The wedges are equally as stunning and look like they punch well above their weight. It’s nice to have 3 wedges included in a packaged set for sure – tip of the cap to the Stix team for that.

I think I was most surprised by the build quality on the woods, since this is where many manufacturers seem to skimp and cheapen the build quality. But with the Stix, I felt like they were just as high quality with the irons. My shots on the range during warmup quickly confirmed what my eyes were telling me.

The star of the show though, just may be the putter. For my taste it had perfect balance and beautiful milling on the face. It’s not quite a mallet and it’s not a blade, it’s something in between, and I think that’s a stroke of genius by the Stix team as it will be a great starter putter for most.

The bag itself is not a cheap one either. The stand and backpack straps feel super sturdy. The zippers and pockets provided everything I need and it had a rain cover included. To be honest, it might even beat out the current bag I’ve been using which cost about 1/5th of the entire Stix set.

The one place I’ll ding these Stix Golf clubs for in terms of build quality is the head covers. They were a bit flimsy and super tight and I had trouble putting them on and taking them off. The putter cover didn’t attach securely and I actually ended up losing it during the first round I played. The good news is head covers are cheap and easy to replace. In fact, I’d recommend just planning on getting some aftermarket ones from Amazon or your local golf shop in advance.

Without hesitation I can tell you that the Stix golf clubs i tested were the easiest package set of clubs I’ve ever hit. Likely the easiest clubs I’ve ever hit, period. The irons get up in the air effortlessly. Whether off the fairway on a tight lie or out of the rough, I had no problem getting a lot of club on the ball and having a great feel at impact.

Distance on my irons was more than serviceable. While they’re not the longest I’ve ever hit, they were consistent and had enough pop that I felt I got a bit of a helping hand.

Most of all they flew straight. I don’t think I missed any shots severely right or left – even on less than perfect contact. I was pleasantly surprised by just how well I hit them for the first time right out of the box.

The set’s driver and woods felt solid at impact. I’ve seen other package sets have crumby, tingy sounding fairway woods and hybrids, but these had exceptional feel.

Like the irons, I’d say the Driver distance was ample. It’s not going to top the brand new releases from the big names, but when struck well you won’t be too far behind either. The Stix driver did seem pretty darn forgiving though, and that’s really what you should be after in this category anyway. When I’m 245 in the fairway all day, I’m not going to be complaining.

If you blind-folded me and put the five hybrid in my hand, I would have guessed it was the latest and greatest from a top tier manufacturer. For this category and price point I’d say they are best-in-class.

I have very little in the way of criticism for these clubs and it really boils down to two issues only. Firstly, the head covers which I mentioned above. They could use a bit more padding / sturdiness and certainly more width as they are so tight coming on and off clubs.

The other area that concerns me is the black finish itself. While super cool, the face of these clubs are going to look a bit more worn quicker than their chrome finished counterparts. This doesn’t particularly bother me since all clubs are going to wear. However, it might bother those who are super picky about the looks of their set.

But aesthetics aside, there’s little in the way of performance or quality that I can knock. They are just so well built for the price you pay.

If you are just getting into golf and looking for a solid set to get started with, I’d say this Stix Golf set is probably the best package set for the money.

Not only will you have great looking clubs that you’ll feel confident walking into any fine club with, they actually perform exceptionally well. They offer ample forgiveness on mis-hits and seem to make a round of golf an easier task than most.

If you’re looking to upgrade that old hand me down set or starter set, I’d say Stix golf clubs are a solid choice. For all the reasons I mentioned above, this is going to be a really nice step up in class.

So are Stix Golf clubs good? I’d have to say no, they’re not… they’re OUTRAGEOUSLY GOOD! 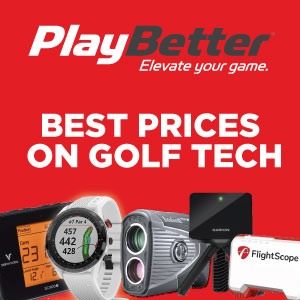 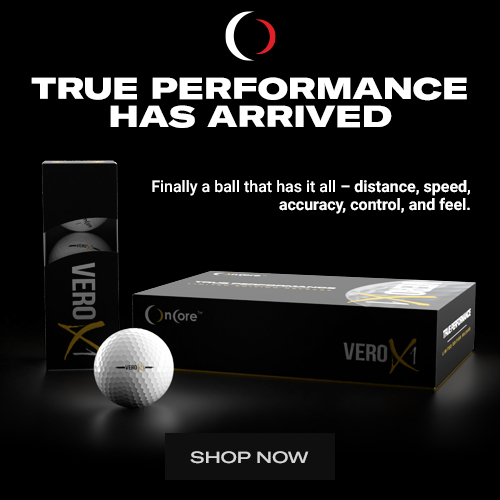